Two of the stretch goals for the Kings of Israel Kickstarter campaign were for new rules that would allow gamers to play 5 and 6 players of Kings of Israel. The result were two postcard sized instructions on how to add a playable False Prophet and Thief to the game. When these are used, the fifth and/or sixth players act as villains and try to prevent the prophets from winning the game. They win when the prophets lose!

While these postcards do not appear in the regular version of Kings of Israel, I did want anyone to be able to use these rules if they want to add a fifth or sixth player to the game. Below are the front and backs of both postcards. One side shows the special rules and how to setup the game with the False Prophet or Thief, while the other side shows the actions that the player can do on their turn and how they might be destroyed. If playing as the False Prophet that player would use the False Prophet token included in the game, but if they are playing as the Thief he or she will need to find another token to use in the game since the Thief token only appears in the Kickstarter version. 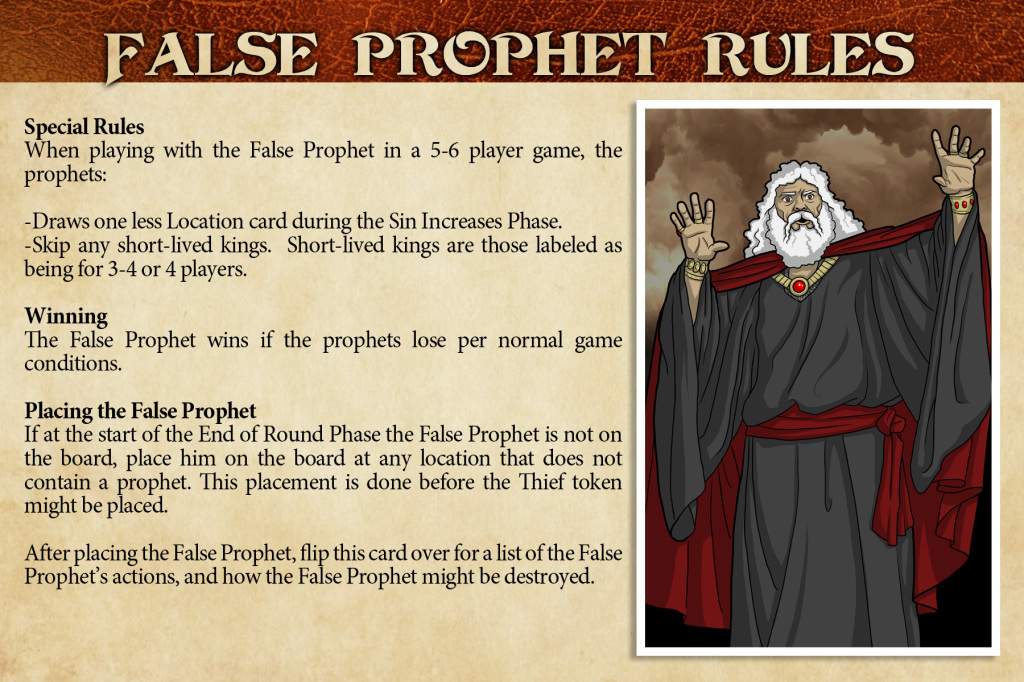 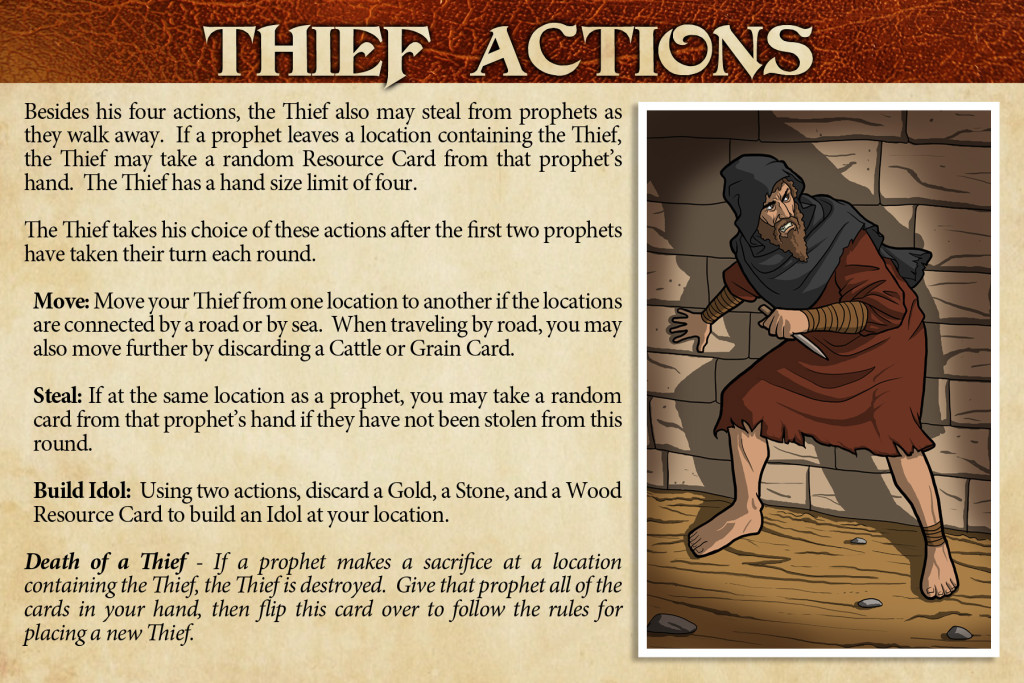 Adding the False Prophet and/or Thief makes the game a bit more difficult and not suggested for new players.  The least experienced player(s) should generally take on the False Prophet and Thief roles and the team of prophets should have the option of selecting their Abilities at the start of the game.