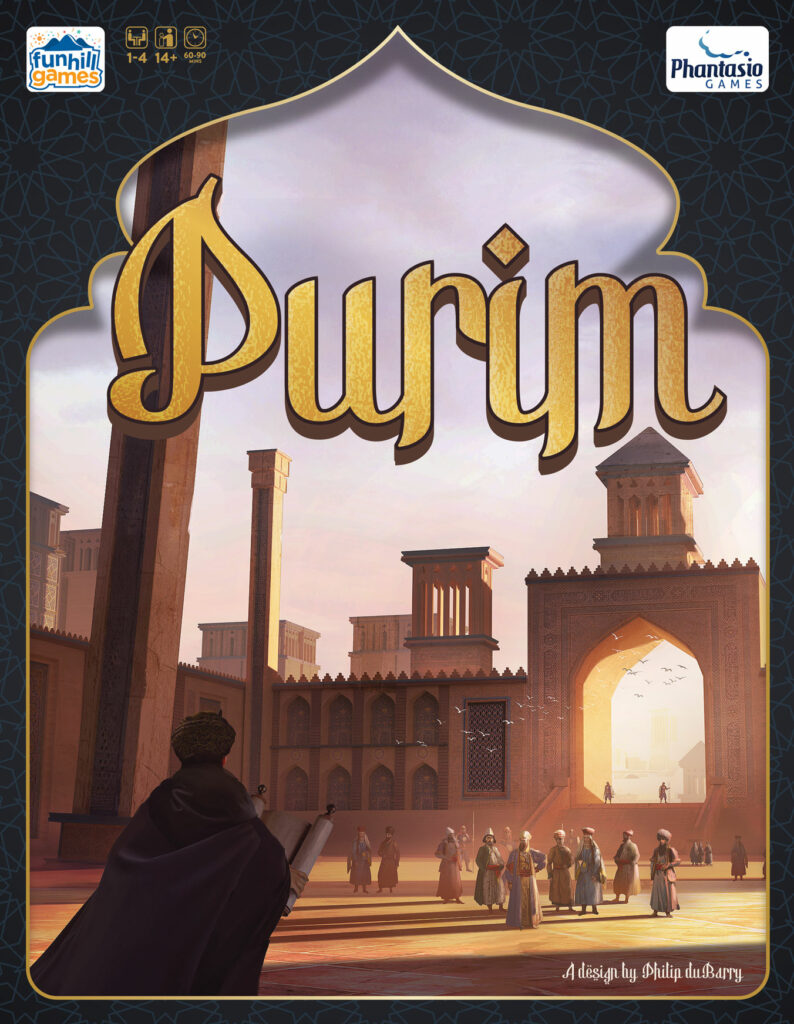 The Book of Esther describes the harrowing tale of a young girl and the fate of the Jewish people. The villainous Haman has been put to death, but his murderous plan lives on through his ten sons. You are loyal messengers of the King and Queen, tasked with putting a stop to the hatred infecting the empire and securing peace for the children of Israel.

Purim is a cooperative card-management and area-control game. You and your fellow messengers must work together to spread the King’s proclamation, represented by gold cubes, to all the far-flung provinces of the empire. At the same time Haman’s ten sons are trying to orchestrate the destruction of the Jewish people by spreading their false messages, represented by black cubes.

Purim is a game of cooperation where cards that control the team’s fate are played at the same time in secret. 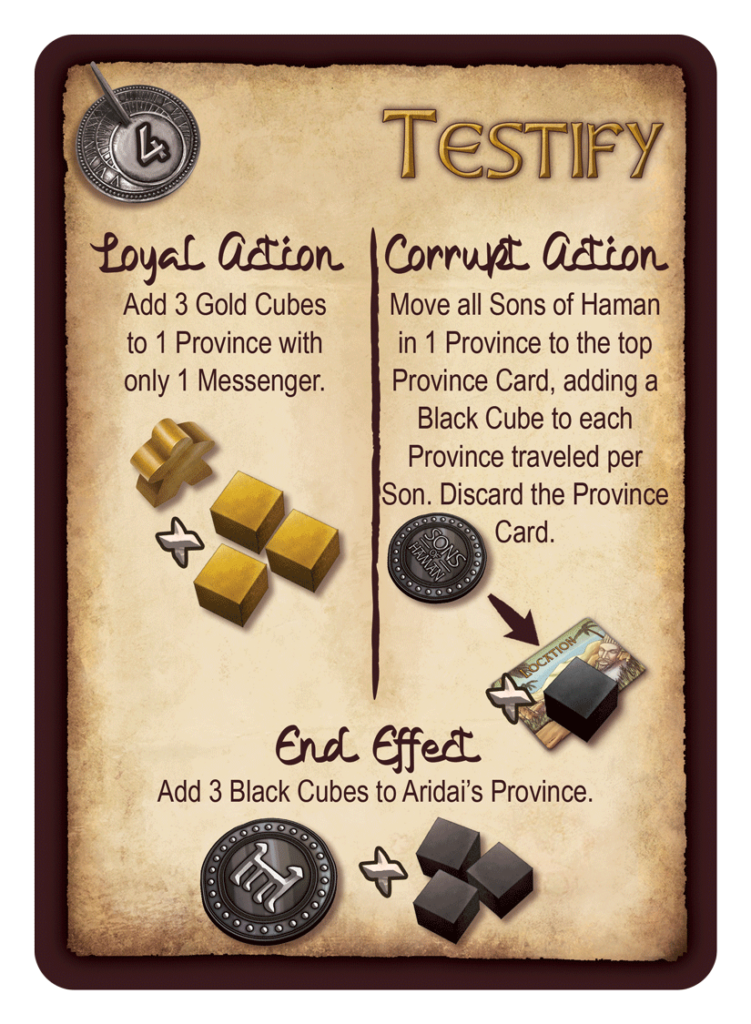 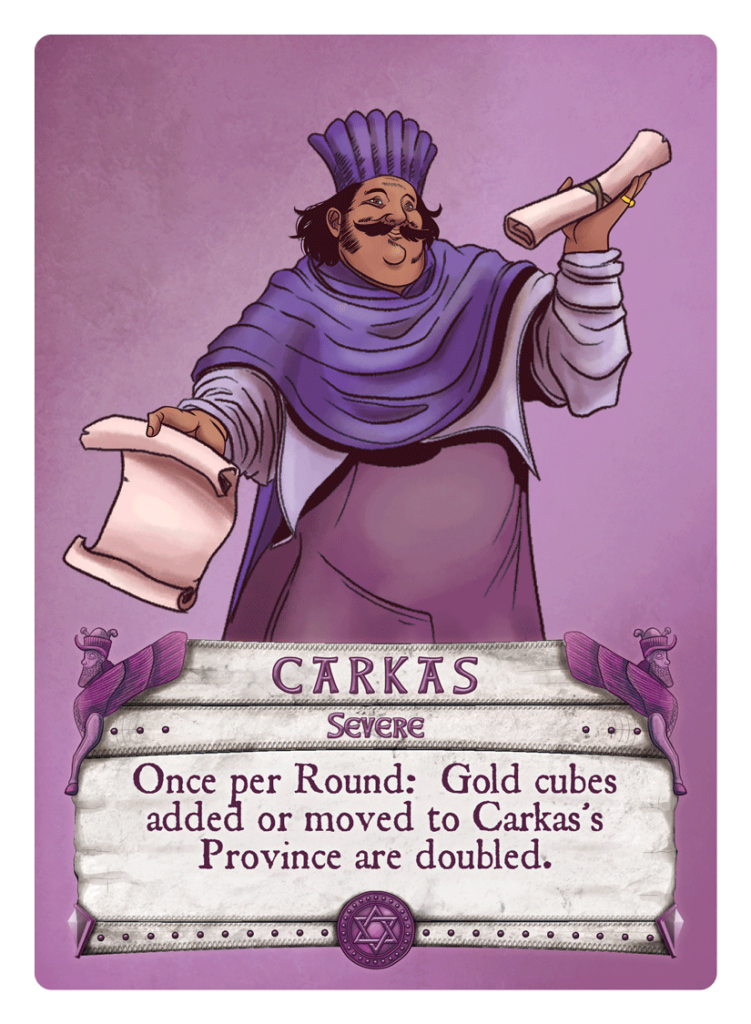 Each card contains the good and bad actions that will occur that turn. Players must work together to maximize the good things while minimizing the bad. 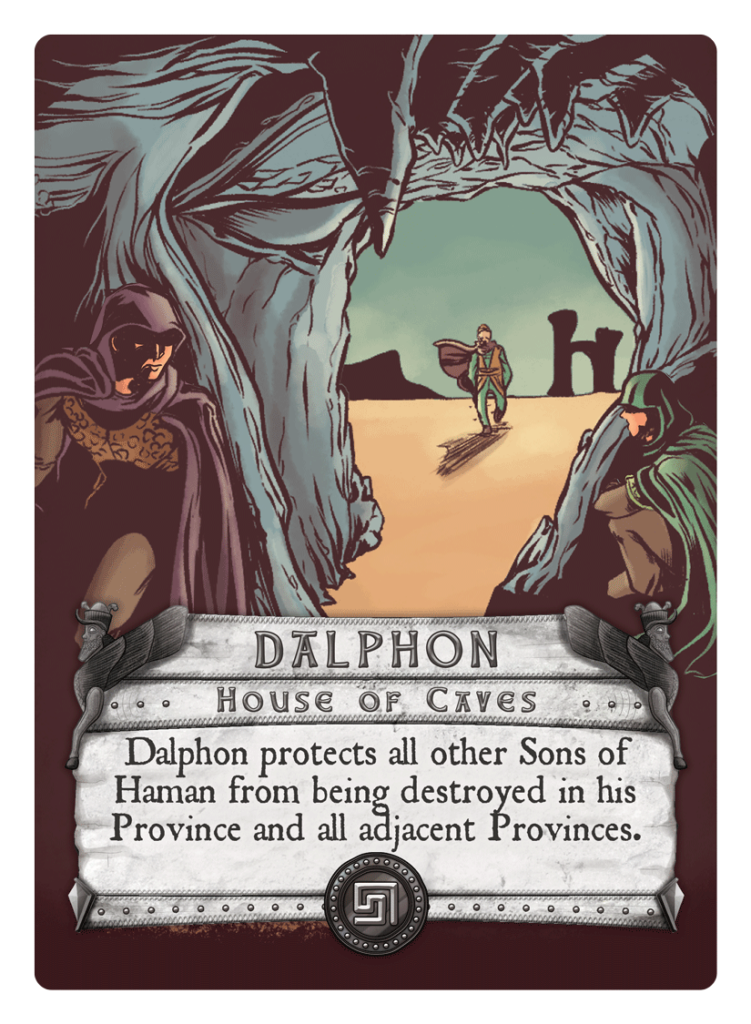 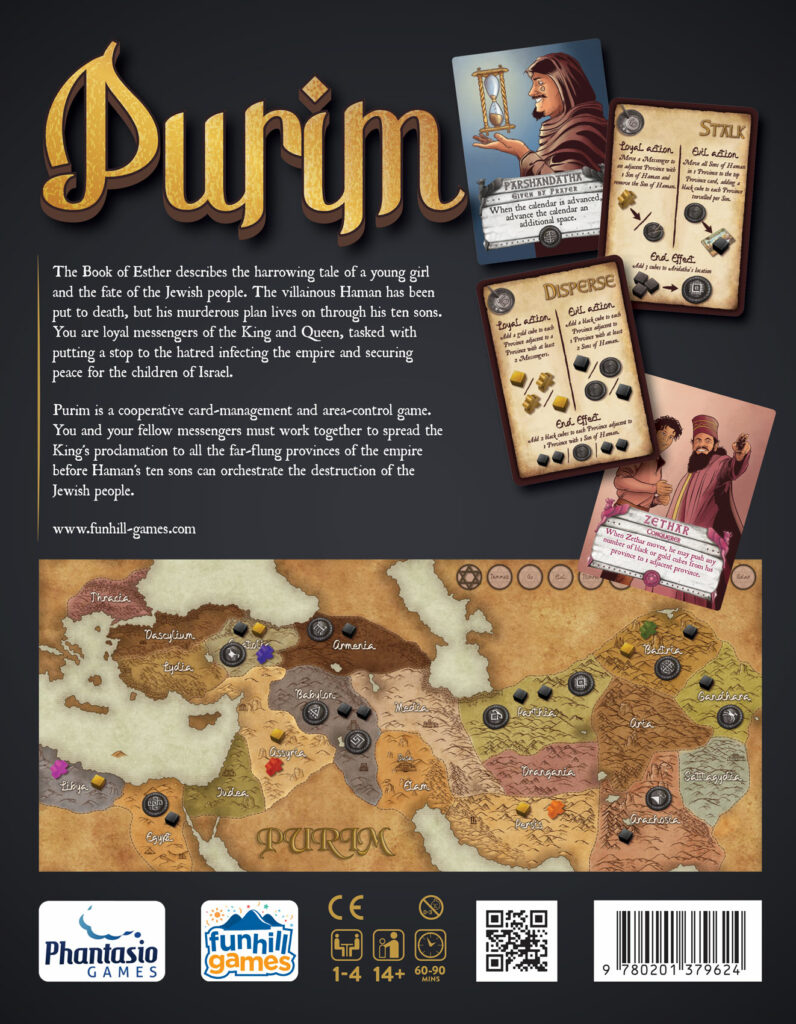