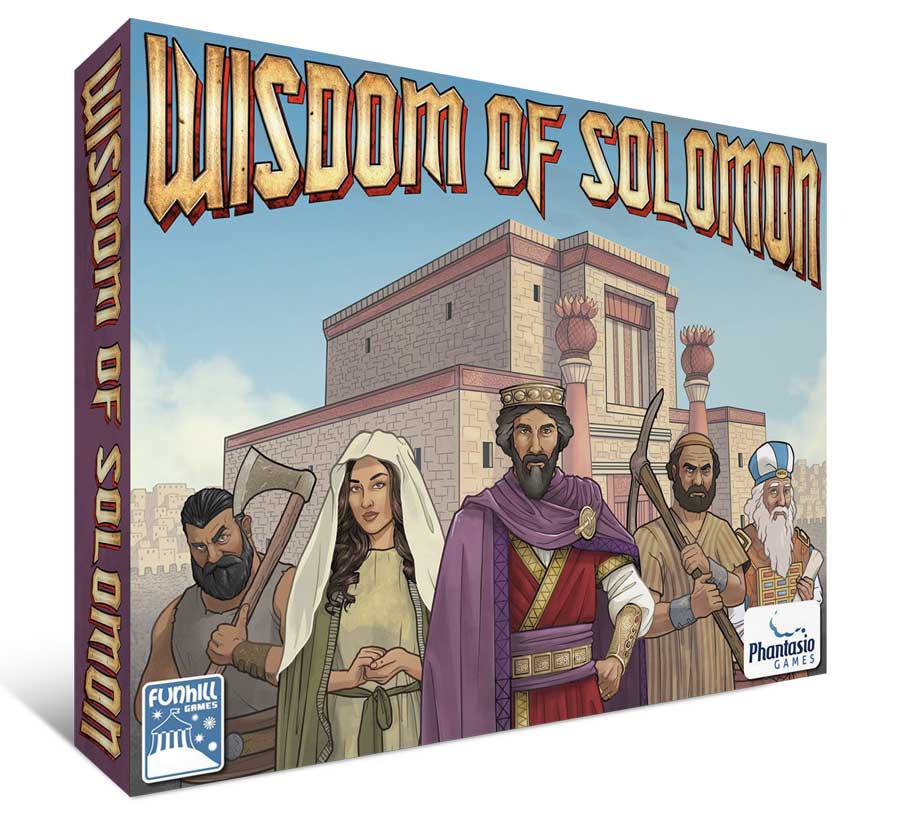 Networking and building in Ancient Israel.

King Solomon reigned over the kingdom of Israel during its golden age. He commanded tribute from Israel’s neighbors, expanded Israel’s borders, built roads and fortresses, and kept the peace within the land. His merchants filled the kingdom with exotic goods such as spices, ivory, apes, and peacocks. Perhaps most famously, Solomon also built the Temple in Jerusalem, a golden place of worship lasting hundreds of years.

Wisdom of Solomon is a 1-5 player worker placement game taking place during the reign of King Solomon. Players act as governors for Solomon, sending out workers to gather resources, build structures, and expand Solomon’s influence in the kingdom. The player who curries the most Favor will be crowned the winner!

Wisdom of Solomon is a competitive worker placement game taking place in ancient Israel. Players must maximize the use of their resources to gain the most favor of all.

Learn the regions of ancient Israel and the contents of the Temple while playing the game. Thematic Bible verses are found on all of the Fortune Cards. 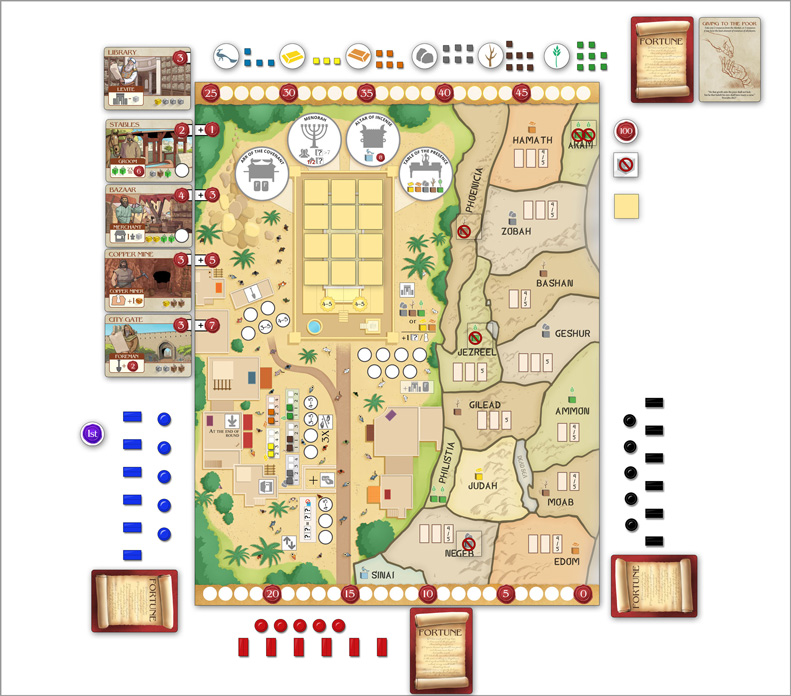 “This is a great game! If you’re the kind of family that loves empire-builders and worker placements, you have a lot to enjoy here.”

“I really enjoyed every aspect of this game.”