The original reason I devised Kings of Israel is that I wanted to teach Israel geography to my teen Bible study. Since then my focus has been to refine the game to be enjoyable by anyone looking for a strategic cooperative game, but I still want Kings of Israel be useful as a teaching tool! So far I have made three Bible studies based on the game, seen below. Almost all of the references are Old Testament.

Ways to Use the Studies

Each study is meant to raise questions for the students at the start of every round in Kings of Israel, and could be done three ways: 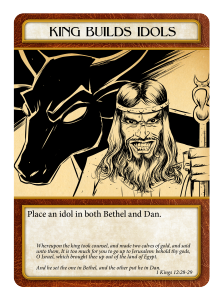 This first Bible study is a study of the kings themselves. I have been asked before why I chose to focus on the Northern Kingdom kings for my first game, instead of the kings of Judah. Well, one of the biggest reasons was because I wanted to have a lot of bad kings that would cause problems for the players and the Northern Kingdom had them in spades! In this Bible study, the questions focus on the kings of Israel, important events in their lives, and rules they were supposed to follow. 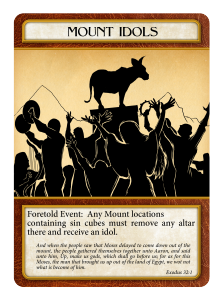 The second Bible study is on the locations in Israel. These are the locations that are either within the Northern Kingdom or are the nations surrounding the Northern Kingdom. Almost all locations of importance are included, although Shechem was not included because I wanted to use the nearby Mount Ebal instead in Kings of Israel. This Bible study focuses on when the locations are mentioned in the Bible and any important events that occurred there. Not every mention in the Bible is included for brevity but the study should help students get a better understanding of geography and importance of the locations overall. 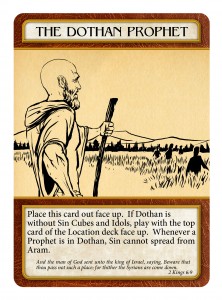 The third Bible study is on the prophets who lived during the reign of the Northern Kingdom kings. Each king has an entry for a prophet that lived roughly during his time, or just a question in general about prophets. This is meant to ask a few questions about the major prophets during this period time and give the students a better idea of when each prophet was around.