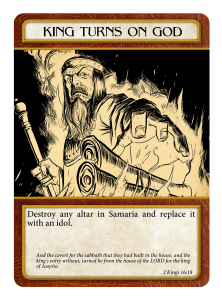 Here is the rulebook included in the Kings of Israel game:

The Kings of Israel rulebook contains rules for three versions of the game:  Easy, Regular, and Expert.  The Easy version allows players to see each others cards and any time a sacrifice is made a Blessing card is drawn that turn by the player.  The Regular version has cards hidden and Blessing cards are only drawn during the reign of good kings.  Finally, the Expert version adds a false prophet to the game which goes around adding sin cubes to the board and while trying to destroy altars.
And if you are more of a visual learner, here is an old video tutorial for Kings of Israel: 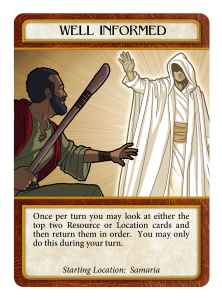 Preorder now to receive a discount on all Funhill board games! Dismiss