facebooktwitterinstagram
View cart “Kings of Israel Board Game” has been added to your cart.
Sale!

Wisdom of Solomon Board Game

Wisdom of Solomon is a 1-5 player strategic board game designed by Philip duBarry.  Act as a governor for King Solomon and expand your networks of buildings and influence throughout Israel!  Wheel and deal at the marketplace!  And slowly raise the Temple of Solomon to gain the most favor of all!  Wisdom of Solomon is a fun and strategic worker placement game for teens through adults.

View our completed Kickstarter campaign for gameplay videos, reviews, and exclusive Kickstarter components that are included in the game!

Free shipping in the US.
$15 shipping to Europe, Southeast Asia, and Canada
$30 shipping anywhere else in the world 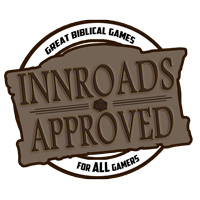 Solomon reigned over the kingdom of Israel during its golden age. He commanded tribute from Israel’s neighbors, expanded Israel’s borders, built roads and fortresses, and kept the peace within the land. His merchants filled the kingdom with exotic goods such as spices, ivory, apes, and peacocks. Perhaps most famously, Solomon also built the Temple in Jerusalem, a golden place of worship lasting hundreds of years.

Wisdom of Solomon, a board game designed by Philip duBarry, players act as governors for Solomon, sending out workers to gather resources, build structures, and expand Solomon’s influence in the kingdom. The player who curries the most Favor by game’s end will be crowned the winner!

Wisdom of Solomon is a worker placement game with a splash of network building. A typical game takes about 15 minutes per player, with games being a little bit longer the first time playing.  Wisdom of Solomon is a light to medium weight game, meaning that there is plenty of strategy for experienced gamers to enjoy but the game is intuitive and simple enough for new gamers to be able to jump right in.

There are no reviews yet.

Only logged in customers who have purchased this product may leave a review.