Bid to be in the Kings of Israel video game!

Last year I put up a beta copy of Kings of Israel along with a Kickstarter copy and $300 was raised by a generous bidder. I hope to raise something like that again this year.

So for this year you can bid to appear in the Kings of Israel video game! If you are the winner of the auction you will appear as a king in the victory/defeat screen at the end of the game. If you the player wins you will be a king celebrating the victory, if the player loses you will be weeping and in chains. Additionally, the winner will receive three copies of the video game when it is released.

If you are interested in making a bid, please go here:

Or just check out the auction and see if something else catches your eye! 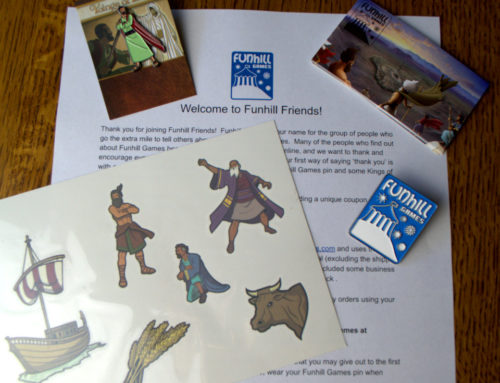